Winter high school sports seasons began on time in Michigan and without any pauses, which is in stark contrast to the chaos of the previous school year induced by the coronavirus. That has been a welcome change for the Michigan High School Athletic Association, but things can change quickly and that has MHSAA executive director Mark Uyl worried.

The recent Omicron variant's spike has caused some counties and/or school districts to return to the policies of limiting attendance at games, put in place by the Michigan Department of Health and Human Services at the start of the pandemic. 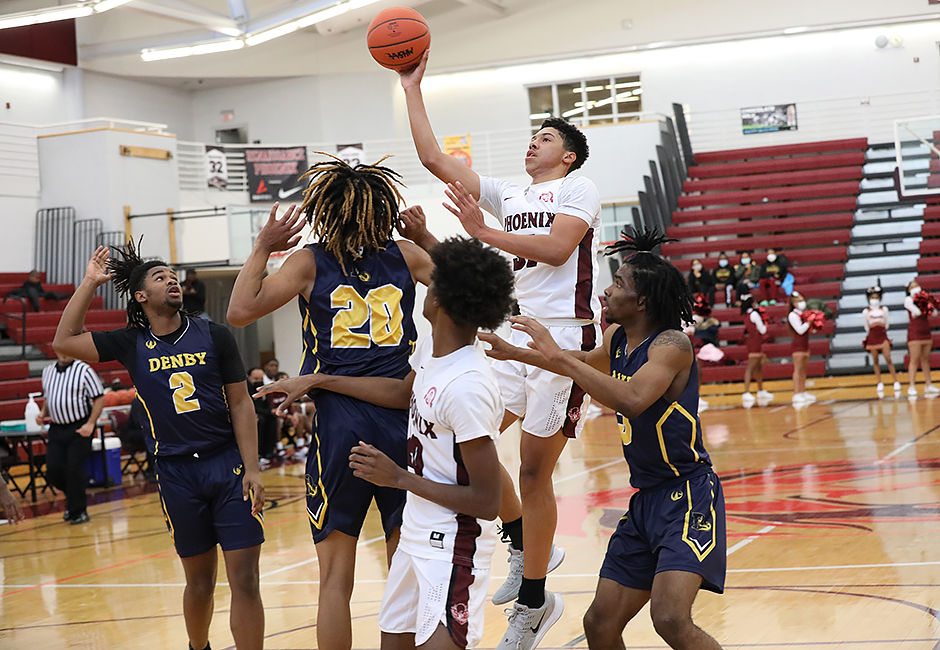 Renaissance opened a 63-30 lead at halftime and played most of the second half with a running clock.

The Phoenix improved to 6-1 overall with the victory. Denby fell to 2-5. 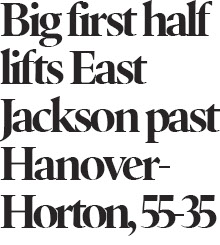 The East Jackson girls basketball team dominated on defense in the early going then held off a second-half charge from Hanover-Horton for a 55-35 win on Friday.

The lead grew to as many as 20 in the first half before the Comets bounced back, getting within nine in the third quarter before the Trojans pulled away once again.

“We were trying to take more or our outside shots, which didn’t really work out for us so I think that’s why they started to come back,” East Jackson’s Mariah Kerley said. “The first half we drove it more, the second half we started pulling it out and it wasn’t really working out today.”

In fact the Trojans hit just one 3-pointer all night, that when Savana Stewart caught a pass in the low post and immediately popped it back out to Addisyn Rudd for the 3-pointer early in the third quarter. Kerley led the Trojans with 18 points, all of which came either in the lane or at the free throw line. 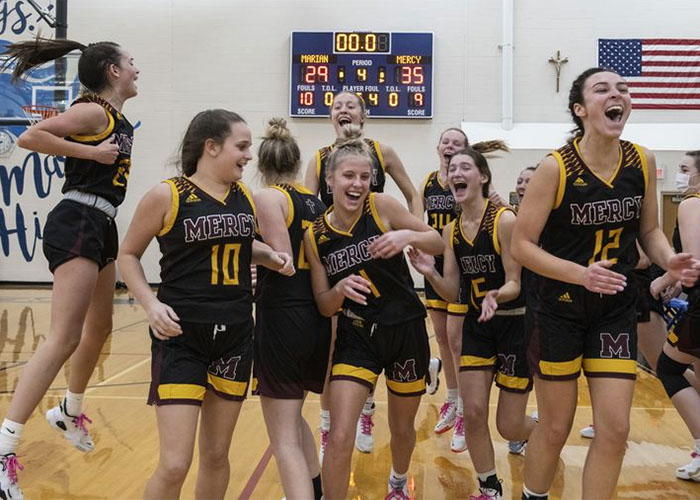 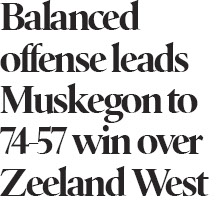 Muskegon cruised to a 74-57 win over Zeeland West in a OK Green boys basketball game Friday.

"The balance was good to see tonight because we've been struggling offensively because of how much we've been working on defense," said Muskegon head coach, Keith Guy. 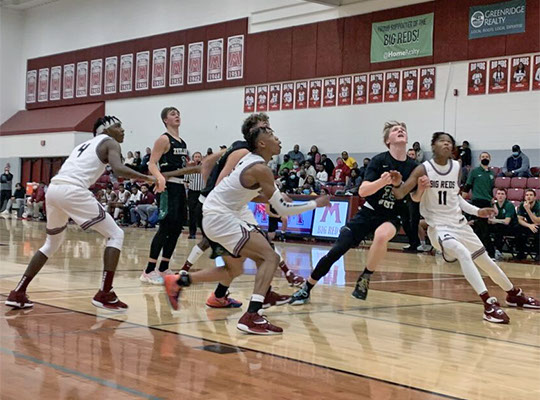 Muskegon and Zeeland West players fight for position on Friday. 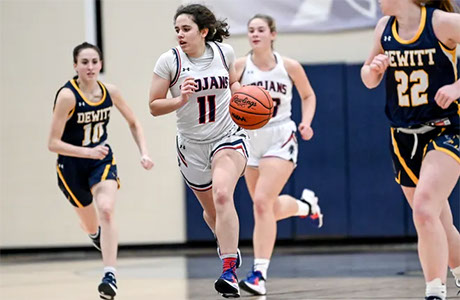 East Lansing's Soraya Timms moves with the ball against DeWitt on Thursday.

The win was the third straight for East Lansing, which was without one of its starters and had assistant Marcus Wourman Sr. serving as acting coach in place of Rob Smith. > Continue reading at the Lansing State Journal